The age old question – Ontario or British Columbia, which is the best Canadian province to live in? In this article, we’re going to be covering what it’s like living in Ontario vs. living in BC, which is a huge topic that will be incredibly hard to tackle because Ontario and BC are both massive provinces.

Ontario vs. BC: we also covered the contents of this blog post here on our YouTube channel!

For perspective: the real size of both Ontario & BC

So needless to say, the culture in Northern Ontario, vs. Southern Ontario varies greatly, somewhere like Vancouver, BC is going to have a very different feel than Port Alberni, BC to Prince George, BC. It’s a bit of an insult to try to categorize provinces as a whole, but hey, we’re Canadian and we’re going to try.

A better question would be what is life like in Toronto vs. Vancouver, which we will mostly answer in this article – but we will try to include as many cities, small towns, cottage countries, islands, and remote communities as we can. 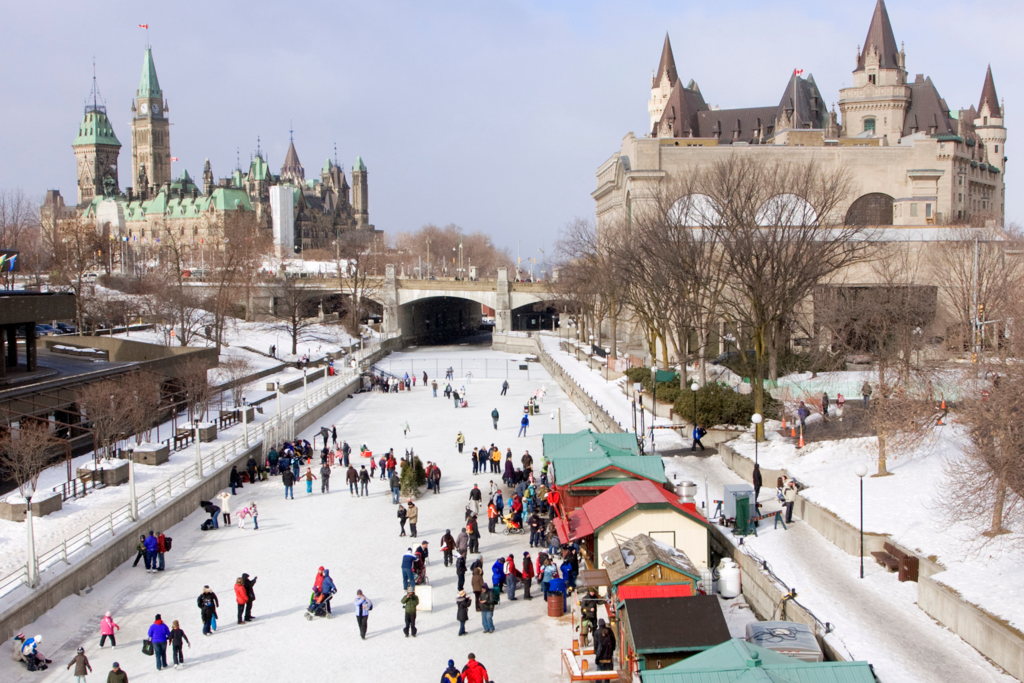 Let’s start with the province of Ontario, which is:

In comparison, the province of BC:

Why does population density matter?

The difference is important to mention, because the population density of BC vs. Ontario is obvious when you’re living in them. BC feels much more open and airy compared to Ontario, which can feel more crowded.

In Ontario, the GTA (or Greater Toronto Area) has a much busier feel than the lower mainland in BC. While Vancouver has the appearance of being a “big city”, it really isn’t one at all, which impacts the surrounding areas as well. Toronto is surrounded by these huge freeways all around that are packed with cars and backed up by traffic. 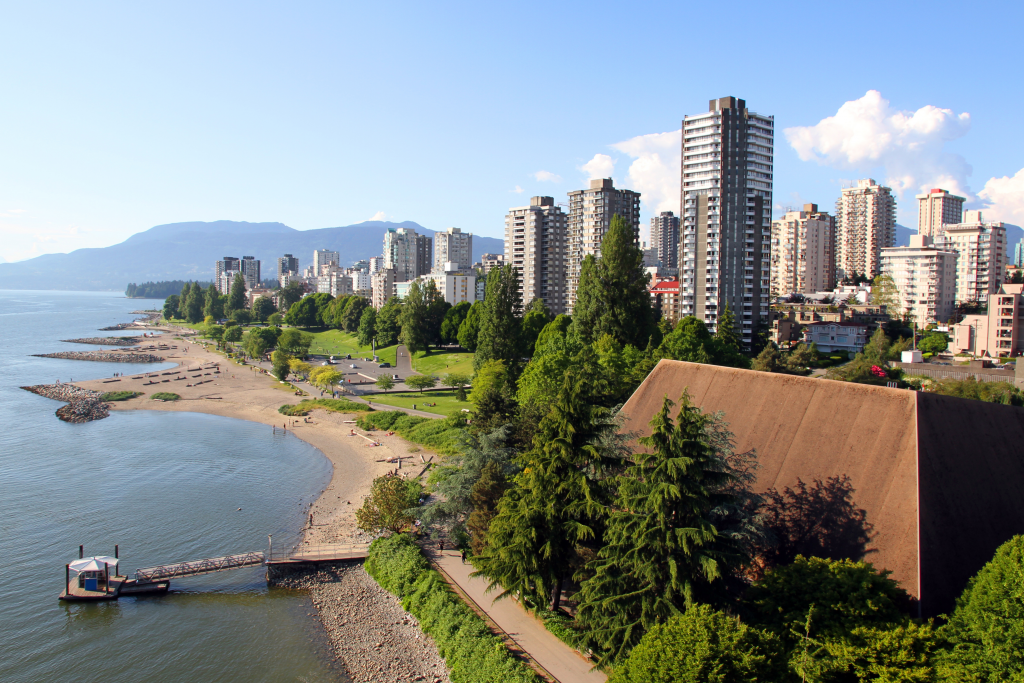 Transit in Ontario vs. transit in BC

I found commuting in Ontario to be more stressful than anywhere I’ve lived in BC because of the number of people. If you’re living in the GTA and commuting to Toronto, you’ll likely have easy access to the Go Train which is a service that runs through many cities in Southern Ontario.

However, commuting to work on the Go Train is much more expensive than Vancouver’s Skytrain. For example, going from Oakville to Toronto on the Go Train is $19.40 return trip, whereas to go from Surrey to Vancouver during peak hours is 3.00 one way or 10.50 for a day pass, which provides unlimited transit use on ALL buses for the entire day.

The Skytrain is also a much more beautiful ride.

Vancouver is one of the world’s most beautiful cities, and many people know that it’s surrounded by mountains and right on the west coast of Canada so you’re living right on the ocean. The beauty expands throughout BC, which is lined with gorgeous mountains.

Ontario is flat, which can be a shock to people who grew up in BC.

But Ontario hosts a different kind of beauty. Ontario is home to 4/5 of the great lakes, and it translates into the Ontarian ‘cottage country’ culture. Many people who live in Ontario either own a cottage or know someone with one. You’ll hear talk of Orillia, Muskoka, Thousand Islands, Sauble Beach, Tobermory or Manitoulin Island to name a few.

Having a cottage on a lake is ideal in Ontario, and in BC there are different sorts of options for this. So some (very fortunate) families might have a cabin up in Whistler, or on the Sunshine Coast, but real estate is more expensive in BC than Ontario. 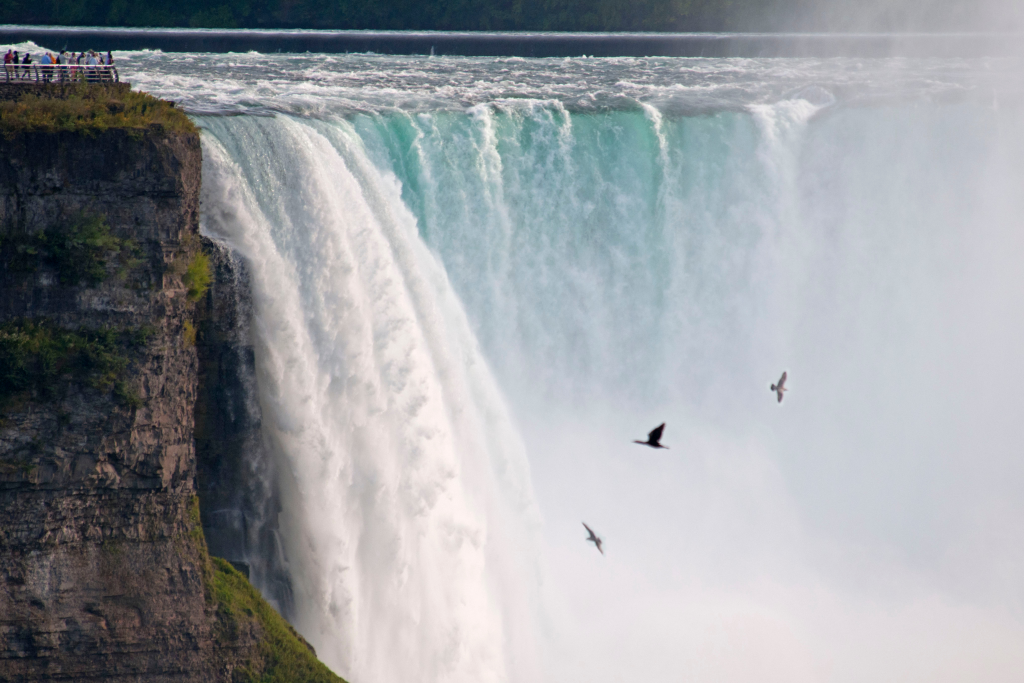 So is BC really that much more expensive than Ontario?

Off course, if you’re comparing living in Vancouver, BC which is 1.67 million dollars for the average home, to living in Sudbury Ontario where the housing price is approx. 279,000, that isn’t fair. You have to compare apples to apples, because you can find cheaper real estate in places like Williams Lake or Prince George. So when you’re doing your research – remember to be fair. Are you considering a major city and business hub to a small Northern town?

When it comes to renting in Vancouver vs. renting in Toronto, both major Canadian cities are expensive as hell and, honestly, around the same price.

The outdoorsy culture in BC is undeniable

Sure, BC is expensive – but you really get what you pay for as it is absolutely gorgeous. If you’re looking for a more outdoorsy culture, pick BC, the lower mainland, Fraser Valley, Okanagan, Vancouver Island, are all packed with hikes and gorgeous scenery. You can hike all year round, as the weather is fairly mild in the lower part of BC.

Now, let’s talk about those chilly Canadian winters, shall we? This is usually a massive deciding factor when deciding what Canadian province to live in – and it’s the age old debate of Vancouver vs. Toronto.

Ontario typically has sunnier winters than BC, although the temperatures drop, like a lot. In Ontario, you’re more likely to have a white Christmas. In this province, you’ll really get all four Canadian seasons in their glory. Scorching hot summers, autumns that boast beautiful orange and red leaves, a white Christmas, and rainy Springtimes.

On the other hand, the Southern part of BC has Canada’s warmest winters. Anyone coming from somewhere like Australia or Trinidad & Tobago may laugh at that, but hey it’s the warmest we’ve got. The west coast is known for having a wet, grey winter and tends to be mild all year ’round.

So when comparing winter in BC to winter in Ontario it all depends on your preference: do you prefer wet, mild winters or freezing, sunny days? You decide! 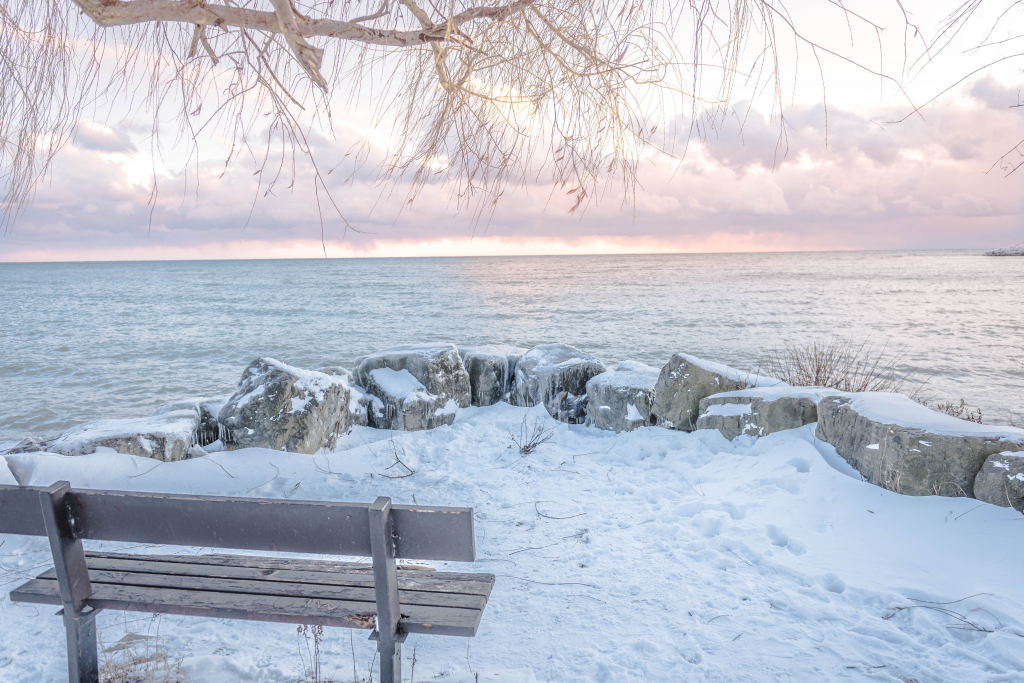 Toronto has been called the most multicultural city in the world, and you can definitely see with your own eyes and taste with your own mouth the beautiful diversity in Toronto. Over half of the population is foreign born and over 250 ethnicities and 170 languages are represented in the Toronto Region.

Vancouver has its diversity as well, but not to the same extent. Vancouver, and BC in general, is diverse but there the population is predominately made up of white / European and Asian people – predominantly, Chinese and South Asian – which is cool, but in Toronto you really feel that diversity is the pulse of the city.

We have to add this in but Vancouver has some top tier sushi for VERY low prices and so if you’re a Vancouverite moving to Ontario, you’re not going to get the same delicious sushi for the same price in Ontario – huge con in our eyes.

Minimum Wage: BC vs. Ontario

We like the smaller population, it feels more open

We love our cheap Vancouver sushi

And we prefer having the option for milder winters

Have you been to either provinces before? Let us know which one is your favourite in the comments below. We hope this gave you a general idea of the differences between the two provinces, what do you think? BC or Ontario?

Moving to Vancouver? Find our write up on the best neighbourhoods to live in the city!

Want to live in BC but you don’t want to skip out on the snowy winters? Here’s our article about living in the Okanagan Valley!

Things To Do During Winter in Vernon BC

Travel The World For Free With Trusted House...