Living in the Okanagan Valley, Canada (What It’s Like)

If you’ve been following along with us this month, you know that we’re talking about so many of the beautiful places that we’ve lived in in this world in the past few years. We’ve really taken the month to review these places, and have spoken on Sydney, Australia, Phnom Penh, Cambodia, Vancouver, Toronto, and now diving into our time living in the Okanagan in beautiful British Columbia, Canada.

We should start by saying that we know that the Okanagan isn’t one city. It consists of multiple cities, including Kelowna, Penticton, Vernon, Lake Country, West Kelowna, Summerland, Peachland, and more! That said, we are going to be dissecting the Okanagan in general, based on our experience living just outside of Vernon, and working in West Kelowna as well as Summerland.

The Okanagan Valley is absolutely beautiful

You’re surrounded by mountains, and I mean, if you’re not surrounded by them, you’re living on one. There Okanagan is also famous for it’s many beautiful lakes. It’s abundant with spots to swim, go boating, fishing, paddle boarding, anything that you can imagine. 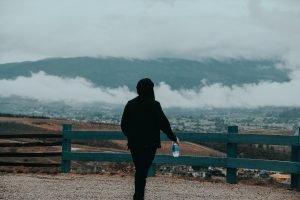 The quality life is vey good

Living in Canada, you reap all the benefits of the great health care, education, and all that that we mentioned in our Vancouver blog here.

The Okanagan Valley is very different from Vancouver (+ the lower mainland)

If you haven’t had the chance to figure out Canada’s geography yet, you may be surprised that Kelowna isn’t very close to Vancouver, and it is a very different place. If you’re planning on moving to Kelowna or you’re considering visiting Kelowna, it’s not in the Greater Vancouver Area. We’re talking two totally separate areas of British Columbia.

You can, of course, drive there or you can take a bus there, and you can take a plane there as there is an airport in Kelowna. That said, if you’re planning a trip or a move to British Columbia, it’s really important to mention when you say Kelowna or the Okanagan, we’re no longer talking about Vancouver, the lower mainland, or even further away in Vancouver Island.

They are very different in appearance, climate, and lifestyle.

You really get all four seasons in the Okanagan

Sadly, with the hot summers comes wildfires, which is something that you have to consider when you think about living in the Okanagan in the summer time. 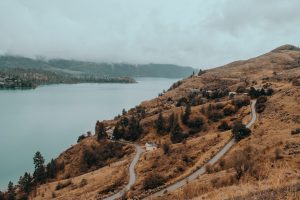 & there are activities for every season!

We said this in our Vancouver blog too, but there are activities for every single season. It really is a playground for people who love the outdoors. If you’re a snowboarder, skiier, snowmobiler, hello paradise! If you love beach volleyball, boating, tubing, water skiing, the Okanagan has you covered.

The Okanagan is the wine region of British Columbia

Good for those of you who don’t want to take part in sports! Just kidding, you can do both.

The Okanagan is the the wine capital of British Columbia. This valley of Canada is abundant with vineyards and is highly regarded for the delicious wine that is produced every single year.

Yep, that means wine tours & tastings. We mean a lot of them.

Are you sold yet? 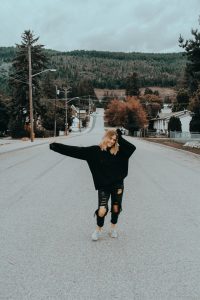 Kelowna is really – not that big … or cheap

Within the Okanagan, Kelowna is really the main city.  A lot of people work in Kelowna, but they live outside of Kelowna in other areas of the Okanagan.

Back in our day, moving to Kelowna from Vancouver as a young adult was a cheaper option to living in a major city in Canada. As of lately, however,  the cost of living in Kelowna has been creeping up. We still wouldn’t say it’s quite as expensive as living in Vancouver, but it could definitely be compared to the the greater Vancouver area.

When you’re living in the Okanagan, it’s easy to fall into the mindset that Kelowna is the big city – because, well, It’s the biggest city. However, in comparison to large cities throughout the world, it is very small – both in land mass and population.

Sure, we’ve got an airport – but don’t count it to be a huge international hub.

But we LOVE Kelowna

It really goes to show how diverse the Okanagan can be. If if you go up North, you’ll find lush forest, wildlife. bears, you get the vibe. Just a short ride down south, you can go to Osoyoos which is Canada’s only desert.It’s also the hottest place in all of BC, I mean, at least on their signs.

It is so beautiful and interesting. We love the diversity of British Columbia.

There are plenty of jobs for expats

The Okanagan is a large tourist attraction for many people from all around Canada and over the world. It makes sense! Because the Okanagan is abundant with orchards, vineyards, ski hills, golf courses, restaurants, and hotels, there are many expats who come to the Okanagan to take advantage of the job market.

There are plenty of opportunities if you’re an expat wanting to come and explore British Columbia, but you’re looking for something a little different than Vancouver or the ever-popular Whistler. Ca-ching.

We personally love living in the Okanagan. That’s why when we’re painting a picture for our future, we never leave it out.

Whether you’re considering Kelowna or the surrounding areas for your next trip or you’re planning on moving there, we really recommend it.

Any questions about living in the Okanagan? Feel free to DM us over on Instagram and we’ll get back to ya!

Still kind of considering Vancouver instead? That’s cool! We love both. Find our post on living in Vancouver here. 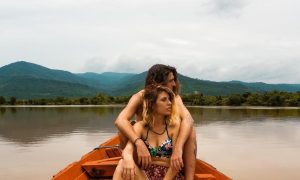